In every respect the new CEC TL 0 3. 0 CD Transport embodies a level of perfectionthat is unprecedented and breathtaking. Handcrafted and assembled in Japan, each TL 0 3.0 is rigorously tested after completion and then "burned in" before being certified.
CEC is legendary for precision. Conventional CD transports tend to amplify even the slightest vibration in the reflective surface of the disc due to the distance the laser beam has to travel. These microvibrations scatter light and reduce the integrity of the digital data stream. The TL 0 3.0's revolutionary three part chassis suppresses micro-vibrations and resonances that cause unwanted jitter in the data stream.
The elimination of jitter greatly reduces the distortion that too often characterizes CDs as digital rather than musical. CEC has achieved superior isolation of the TL 0 3.0 drive mechanism by using three spiked feet and a rubber damped three-point suspension.
CEC has achieved superior isolation of the TL 0 3.0 drive mechanism by using three spikes rubber damped suspension.The drive mechanism is a massive 30 mm sandwich of non magnetic materials with dissimilar resonances: a 20 mm aluminum plate and a 10 mm brass plate. To assure undisturbed operation of the laser pickup, all sources of electro-magnetic interference are physically isolated.The massive regulated power supply is housed in a separate chassis that may be located up to 1.5 meters from the TL0 3.0 drive mechanism chassis.
The drive electronics are enclosed in a 20 mm thick non magnetic anodized aluminum chassis isolated from the main drive mechanism. The drive and laser motors are electronically, magnetically, and mechanically isolated from the laser pickup and turntable, decoupled by two precision drive belts. The disc drive motor is a cog-free low torque design that is inherently free of vibrations.
Much like analogue turntables, inertia is applied to the disc by the use of a 460 g. stabilizer, of 125 mm diameter, supported by an ultra precision spindle/thrust bearing assembly. This avoids the need of permanent electronic servo-corrections required by all other CD transports, and ads vertical stability to the disc 100% made in japan - handride, craftsmanship, and music reproduction on compact disc have reached a new plateau with the CEC TL 0 3.0.

The result: music reproduction on its highest level.

1. The servo PCB circuit has been redesigned to shorten the signal pass and strengthen the grounding. This will minimize the deterioration and the distortion of the digital signal recorded on the CD.

2. Word-clock input has been newly installed. Having the same outer clock as the D/A converter, jitter will be remarkably minimized to improve sound reproduction.

3. The height of CD stabilizer (puck) has been decreased by 5 mm to stabilize the rotation of the disc.

4. CEC's original Superlink connection has been fitted for the first time in the TL0 series. When connected to the D/A converter equipped with Superlink inputs, the shortest and most direct digital signal transportation is available without passing through encoding and decoding procedure.The
left/right-clock data, bit-clock data and digital audio music data are all transmitted from the CD-transport to the DAC while the master-clock is generated inside the DAC and sent to the CD-transport.

5. The external appearance has been upgraded for the first time since it's original release in 1993. The visible fixing screws and housing have been minimized at each edge of the housing components. 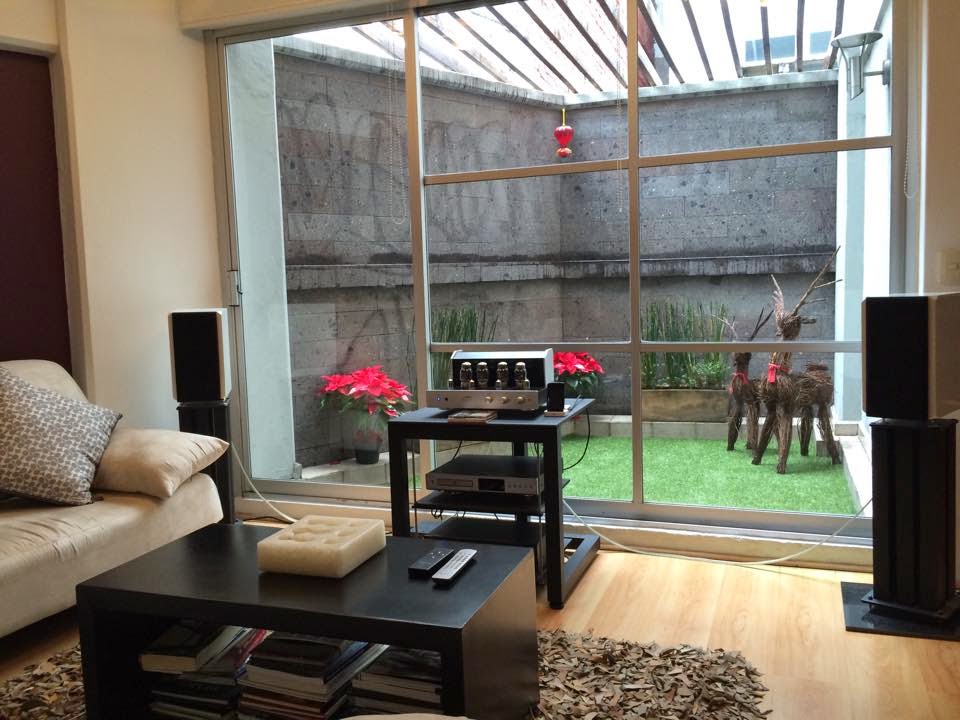