The Essence HDACC is an amazing digital-to-analog converter, but it’s much more than that. It’s also a versatile digital preamp with remote control and enough inputs to handle your analog and digital music sources: LP’s, tapes, disc players, network music players, smartphones, tablets, and PCs.

What puts this DAC in a class by itself is it’s HDMI input, with analog output, so legacy analog audio systems can now play uncompressed Blu-ray Concerts, SACD, and Hi Res Downloads with all the dynamic range of the live performance, bit-for-bit identical to the original master recording.

The Arcam A49 is one rock-solid, fully featured performer, able to do the heavy lifting and satisfyingly drive almost any loudspeaker (including the portable variety), and to perform with a level of musicality that’s certain to please. A classy product from a company that knows that class in and of itself is not strictly reserved for the elite. Highly recommended. 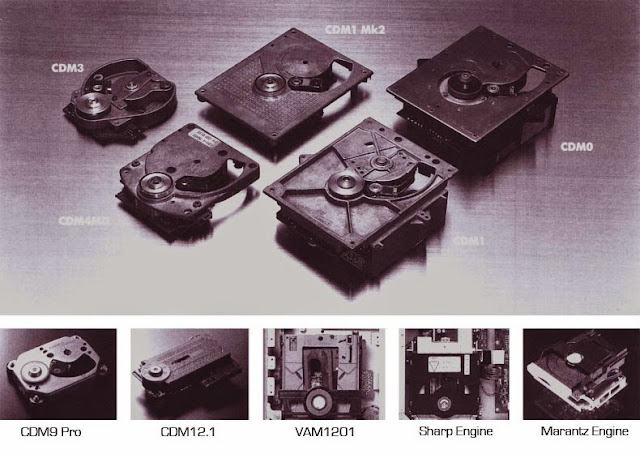 Sennheiser introduced its first closed audiophile headphone model at the High End 2015 show in Munich. The new Sennheiser HD 630VB are circumaural headphones, designed to deliver well balanced sound and offer a distraction-free listening experience, whether at home or on the move. A unique feature is a rotary bass dial, which allows increasing the bass response according to personal preferences.

“The HD 630VB is a milestone for Sennheiser: For the first time, we translated our long-standing experience in the field of high-end audio into a closed-back design. Featuring passive noise cancelling, the HD 630VB reliably insulates the user from ambient noise, so he can fully focus on his music”, says Axel Grell, Portfolio Manager Audiophile at Sennheiser.

Specifically developed for the HD 630VB, Sennheiser’s proprietary high-performance transducer is the “heart” of this model. It delivers the power for an intense bass experience which can be customised via a rotary bass dial according to the listening environment, the music being played and the user’s individual preferences. With total harmonic distortion of less than 0.08 percent (at 1 kHz and 100 dB sound pressure level) and thanks to a coil wire made from pure aluminium, the HD 630VB achieves an unaltered sound image with a precise reproduction of voices and instruments in the midranges and brilliant trebles.

With an impedance as low as 23 Ω, the HD 630VB is an ideal companion to portable music devices as well. Offering a frequency response of 10 to 42,000 HZ, the headphones are suitable for reproducing high-resolution audio files. Enjoyment of quality audio on the move is effortless thanks to a collapsible design that has been crafted from lightweight materials: Sennheiser used dampened aluminium on the ear cups, headband and sliders. “We chose these robust materials to ensure maximum durability”, said Axel Grell. “Additionally, we made sure the ear pads are exchangeable and easy to replace.”

Featuring a remote control on the right ear cup and a microphone which has been integrated into the high-quality OFC cable, users can comfortably control music and take calls on current smartphone models. The headband is easily adjustable while the soft ear pads give enhanced comfort even over long periods. “The HD 630VB impresses with both its exceptional sound performance and its minimalistic modern design”, says Axel Grell.
Sennheiser headphone’s history
Sennheiser has a long history in headphone design and manufacturing. Sennheiser’s HD 414, the world’s first open headphones revolutionised the market in 1968. For the first time, the ears could hear in a way that they are accustomed to: open and free in space. The sound could travel to the ear drum much more naturally and clearly than in the closed models which were available at that time. With its new principle, the HD 414 triggered an absolute boom in headphones sales. More than 100,000 sets of headphones had already been sold by the end of 1969. Until today, the HD 414 remains one of the best-selling headphone models in the world, with a total of over 10 million units sold.

A further milestone followed when Sennheiser engineers combined the principle of open headphones with that of electrostatic transducer technology for the first time. Sennheiser’s launch of the unipolar 2000 model in 1977 caused a sensation in the audio world. Its principle was once again an innovation in audio technology. In the electrostatic transducer, a high voltage is applied to two mesh-like electrodes. Just like in a loudspeaker, this voltage causes a coated foil diaphragm to vibrate in time with the audio signal. This results in an extremely fine resolution and low total harmonic distortion.

In 1991, Sennheiser launched the electrostatic Orpheus HE 90/HEV 90. With the boldly ambitious mission to build the best headphones in the world, Sennheiser developers exceeded all expectations with these electrostatic headphones and their impressive tube pre-amplifier. Two platinum-coated diaphragms vibrate between gold-coated glass electrodes. A 500 volt tube amplifier provides enough power to allow the Orpheus to fully unleash its sound. Due to the extremely complex technology involved, the Orpheus was produced in a limited edition of just 300 units. These legendary headphones still remain the ultimate benchmark for audiophile listening and for all high-end models which audio specialist Sennheiser continues to develop.
With the HD 800 dynamic headphones Sennheiser developed another classic. Its innovative ring design reduces distortion to a minimum even with a transducer as large as 56 mm, as the vibrating part of the diaphragm is not a circular surface area but only an annular section. Significantly less material thus results in less inertia and less additional vibration in high frequency ranges. The result: benefiting from total harmonic distortion of less than 0.02 percent (at 1 kHz and 100 dB sound pressure level), the HD 800 with its brilliant trebles and precise bass offers a sound image of unsurpassed clarity.

Sennheiser’s product range is rounded off by the headphone amplifiers HDVD 800 and HDVA 600. Both the digital HDVD 800 and the analogue HDVA 600 are high-end devices with a fully symmetrical layout for operation with analogue audio sources, thus ensuring absolutely symmetrical signal transmission from the source to the headphones.
Launching the HD 630VB at the High End show 2015 in Munich, Sennheiser now combines the best sound of open audiophile models with excellent passive ambient noise attenuation. The HD 630VB delivers an impressively spatial sound image, while allowing for the users to enjoy their listening experience without any distractions. The HD 630VB will be available through selected Sennheiser sales partners from June 2015. Sennheiser offers a two-year warranty on the headphones.
www.sennheiser.com
Publicado jueves, mayo 21, 2015 No hay comentarios:

During the High End 2015 show in Munich, Germany, British high-end audio manufacturer Chord Electronics introduced what the company proudly calls “the world’s most advanced digital to analogue convertor”. Given the acronym DAVE, the $12,500 (£7,995) unit integrates a reference-grade DAC, digital preamp and headphone amplifier.

After hearing Meridian’s founder Bob Stuart convincingly criticizing compressed digital audio formats and explaining how digital technology has been unable to capture the true essence of a live performance, no matter how high the resolution and sampling frequency available in consumer formats - one would be tempted to completely ignore digital audio technology and resort to listening only to analogue tape or vinyl.

But while some companies, like Meridian, are going “back to basics” and are determined to reinvent all the digital encoding and decoding process, starting from existing analogue master recordings or directly creating “quality authenticated” iterations of a studio master, there are other companies who believe that, whatever the original digital format will be – including high-resolution PCM, DXD and Quad DSD - there is a way to recover more (audible, we assume…) information from it, using advanced digital-to-analogue techniques.

DAVE was introduced at the 2015 High End Munich show and immediately created lots of excitement in the high-end hi-fi world. Coming from one of the world’s leading amplifier designer and manufacturer, this new advanced solution certainly deserves some attention - and that’s why we decided to publish the available information.

Typically, product launches from high-end companies don’t allow much space for science and facts. Usually they prefer inviting selected journalists to hear for themselves and describe their highly-subjective experiences in their own words.

Without doing that, we have to resort to the information made available by the manufacturer and which the public-relation firms translate into little less than pure promotional material. All we can do is remove the excess of marketing terms and replicate the few available statements describing the product.

According to Chord, DAVE is “hand-made in Kent” (looking at the exquisite mechanical work of Chord’s new generation chassis, using carefully machined aircraft-grade aluminum that’s certainly an ambiguous statement) and is based around a proprietary FPGA (Field Programmable Gate Array) offering more than ten times the program capacity of its predecessor (which we assume to be the QBD76 HDSD DAC).

At the heart of DAVE is an LX75 version of the Spartan 6 Field Programmable Gate Array (Xilinx), which Chord explains enables “a number of key sonic benefits including significantly improved timing and the best noise-shaper performance of any known DAC.”  That particular FPGA platform allowed Chord to implement “a brand new WTA (Watts Transient Aligned) filter with 164,000 taps” - which we humbly confess having no idea about what it implies.

And again, we have to resort to the brand’s description: “WTA filtering is now up to 256 FS (that’s 256-times the sample frequency) — no other DAC has ever FIR filtered at such a high rate! In order to process signals at this unprecedented rate, DAVE has massive parallel-processing capacity with 166 separate DSP cores just for the WTA filtering alone. This enables DAVE to reproduce the original unsampled analogue signal more accurately than any other DAC.”

Taking again the manufacturer own words, the output stage “has been advanced with a new 20-element Pulse Array DAC and a unique second-order analogue noise-shaper, which gives ultra-high-frequency linearity. Its output feeds both balanced XLR and single-ended RCA outputs, as well as an advanced headphone output with more than enough capability for the most impedance-challenging headphones.”

A key benefit over its predecessor, according to Chord, is a full-sized LCD display, showing input, sample frequency and volume, plus set-up and configuration options. The display, which sits behind the famous Chord porthole, is clearly visible from a variety of angles and retains the signature color display for volume and sample rate as introduced by the landmark Hugo DAC/headphone amp. On its fascia, DAVE also features a rotary encoder with a large stainless steel controller and ball buttons, enabling direct interactivity in addition to the supplied remote control.

As previously explained, DAVE’s advanced technology is “enshrined in Chord Electronics’ trademark casework which has been precision-milled from solid aircraft-grade aluminum to deliver functional strength and rigidity, as well as great beauty.” That part, we have to completely agree.

And finally, Chord provides the important information in a specification list, which we duplicate here: 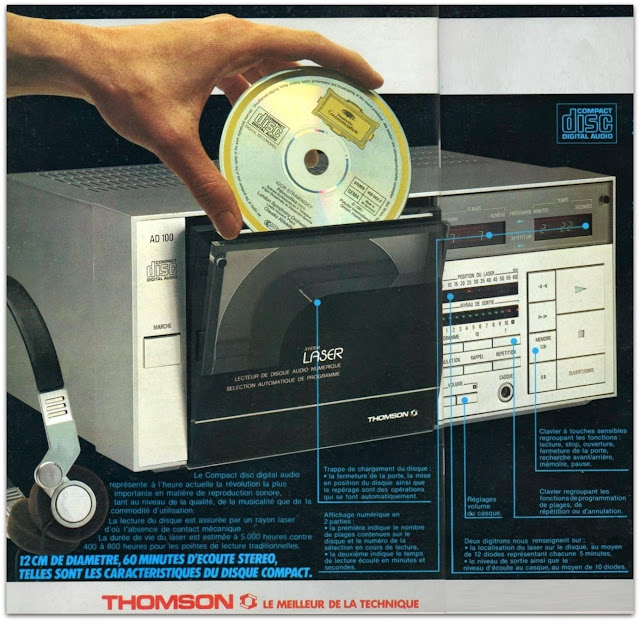 Y mientras tanto tal parece que el CD no se morirá ya como aseguraban: "That being it seems unlikely that digital downloads or other mediums will go away for good. After all there are still music lovers out there who swear by CD-quality audio, not to mention the vinyl format is apparently seeing a revival after all these years. "