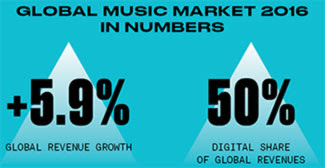 According to the IFPI, the voice of the recording industry worldwide. We represent the interests of 1300 record companies from across the globe, there are now 112 million users of paid streaming subscriptions. This brings streaming revenue growth of an outstanding 60.4%. Digital income now accounts for 50% of global revenues. The IFPI feels that 'Value Gap' remains biggest challenge to sustainable growth. "The global recorded music market grew by 5.9% in 2016, the highest rate since IFPI began tracking the market in 1997, according to the IFPI Global Music Report 2017, released today. Total revenues for 2016 were $15.7 billion. At the end of 2016 there were 112 million users of paid music streaming subscriptions driving year-on-year streaming revenue growth of 60.4%. Digital income last year accounted for half the global recorded music industry’s annual revenue for the first time. Growth in streaming more than offset a 20.5% decline in downloads and a 7.6% decline in physical revenue. Streaming is helping drive growth in developing music markets, with China (+20.3%), India (+26.2%) and Mexico (+23.6%) seeing strong revenue growth. Record companies have fuelled this revenue growth through ongoing investment, not only in artists, but also in the systems supporting digital platforms, which has allowed for the licensing of over 40 million tracks across hundreds of services. The industry is now working towards a return to sustainable growth following a 15-year period during which revenues dropped by nearly 40%. Success requires resolution of the market distortion known as the 'value gap' – the growing mismatch between the value that user upload services, such as YouTube, extract from music and the revenue returned to those who create and invest in music. User upload video streaming services, benefiting from the misapplication of 'safe harbors', comprise the world’s largest on-demand music audience, conservatively estimated at more than 900 million users. The revenue returning to rights holders through these services in 2016 amounted to US$553 million. By contrast, a much smaller user base of 212 million users of audio subscription services (both paid and ad-supported), that have negotiated licenses on fair terms, contributed more than US$3.9 billion."
Publicado jueves, abril 27, 2017 No hay comentarios: 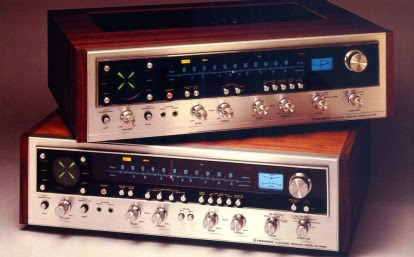