Vinyl's great, but it's not better than CDs - Vox

Articles last month revealed that musician Neil Young and Apple's Steve Jobs discussed offering digital music downloads of 'uncompromised studio quality'. Much of the press and user commentary was particularly enthusiastic about the prospect of uncompressed 24 bit 192kHz downloads. 24/192 featured prominently in my own conversations with Mr. Young's group several months ago.

Unfortunately, there is no point to distributing music in 24-bit/192kHz format. Its playback fidelity is slightly inferior to 16/44.1 or 16/48, and it takes up 6 times the space.

There are a few real problems with the audio quality and 'experience' of digitally distributed music today. 24/192 solves none of them. While everyone fixates on 24/192 as a magic bullet, we're not going to see any actual improvement.
Publicado miércoles, abril 09, 2014 No hay comentarios: 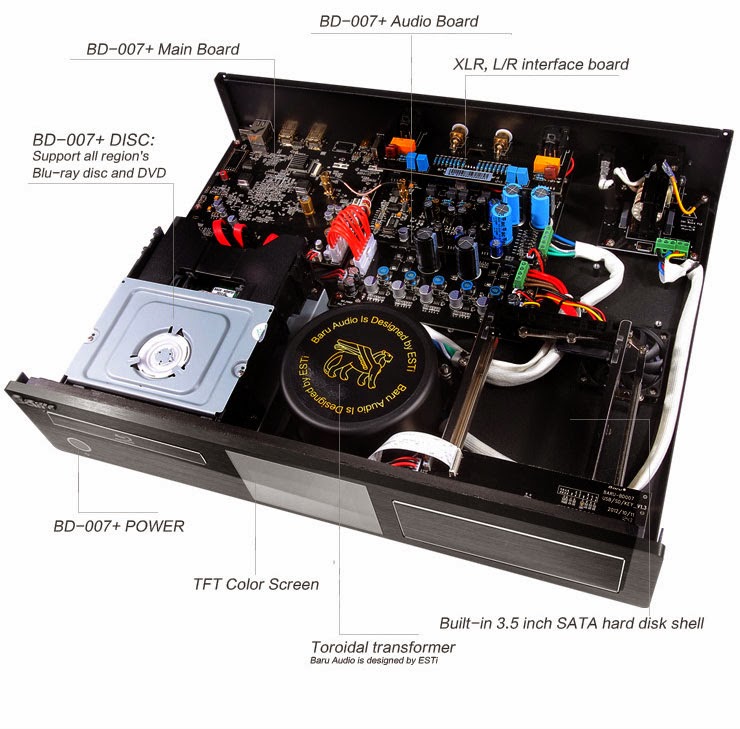 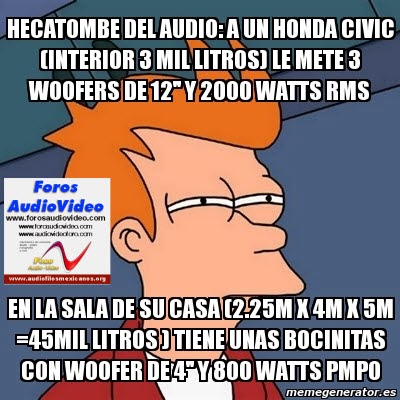 · The total energy of the signal to be amplified is controlled, so not allowing any frequency to interfere with another.
· Corrects any errors produced by the electronics due to tolerances wich add up.
· Better performance from the hosting audio system, and as a result of this:
· Small details and reverb tails appear with unusual power and cadence with a well defined background and natural soundscape.
· Clarifies orchestral and choral masses masked by other instruments.
· You get more natural and harmonious sounds, more dynamic, with real and well differentiated voices. A a strong bass and detailed mid / treble are very present.
· High tridimensionality providing more channel separation, increasing the extent of openness and diffusion of sound for concerts.
· Minimizes acoustical problems in rooms allowing increased SPL with the same system.
· Mixes easily in the professional sector and in-ears for artists. Etc.
The music flows smoothly, neutrally and with crystalline transparency
AS A RESULT A MORE EFFICIENT SYSTEM.

Opiniones: http://www.neutralaudio.com/en/proinaction.htm
JULIO GARCIA                 (Sound and Systems engineer with Aberest sl).  We have bought this marvelous little device which is a real monster!!! We have tried it and it really works!!! I am writing to say how satisfied and content we are with the huge quality and versatility this  deintermodulador gives us ""Live"- We want to send you  our heartiest congratulations for having created something so very satisfactory for our "live" sound world. Many thanks!!
PABLO MEDRANO           At the "40 Principales" prize Gala, at the "Palacio de Deportes" in Madrid, a well known stage where we counted on an excelent device for the test, with the sound engineers of: Malu, Shakira, Enrique Iglesias, JessieJ, The Wanted, El Pescao, LODV, Pablo Alboran, etc. We had the opportunity to do blind tests with X-DREi, and I have to say it is not often I have seen such a homogenous opinion, the conclusion was unanimous: X-Drei is a marvel!
We used the Neutral connected directly to the bus master L-R, it was really easy to use, and we based ourselves on comparative tests with the bypass A-B going through diferent presets, the inicial impression is really positive, X-DREi lifts the mix and completely defines it, opening up the stereo more and allowing us to hear all the plains with higher definition, especially the voices. The change was not subtle but rather energic, in the "40 principales" Gala we had artists with different styles and ranges, which helped to keep the test criteria ampler, and it is incredíble but with the right preset it worked marvelouslly with all of them!. You can opt to enrich the mix keeping it in the groove to a point you would not have believed possible with your equipment, or use a cooler preset that defines the voices and more acoustic elements, it has to be heard to be believed…
I would add an X-DREi  to the touring rack without a doubt, it is difficult to live without it once you have tried it
SEAN SULLIVAN               (RIHANNA) The sound of the mix, Rihanna's vocal, the Sub bass, everything was on a whole other level than I've ever heard before, I could use so many words to describe it but just one says it best, phenomenal!!!  I've never heard the quality & detail in the bottom 2 octave's on stage as well as I heard it last night.
DANIEL GREEN               (COLDPLAY) I love the device and think it is a major step forward in audio processing. I would like to purchase 2 more. I will pass info on and recommend the DREi to all my producer/engineer friends.
TONY SMITH                   (COLDPLAY)  I inserted the XDrei over the L+R buss and gave Dan a blind A-B. The result is it has been racked up and is part of our set up.
FERNANDO DIAZ             (ALEJANDRO SANZ)  I've been dreaming of a device which does what this does for years.
FERNANDO PEREZ         (MANA) Everything has gone up 30%. It has brought the colours to my mix.
MATTEO CIFELLI             (Studio and live):   It's too good!
ANTONIO CHICO             I dare say that this machine will be on all drivers on all tours in the blink of an eye.
JOHN ROBBINS               (USA) The Neutral Audio device is very good. Ten times better than the other harmonic filters on the market. I have made many tests of the equipment in the studio and lab, with Audio Precision and TEF and it is a really well made unit.
ANGEL MARTOS             (MIGUEL RIOS) The definition and force it achieves with Drums and basses is incredible, really magical.
GERMAN RODRIGUEZ    (Fluge)   We tested individual tracks. The piano and classical guitar sounds fantastic. The guitar strings seem to be amplified seperately.
ANDY                              (ANDY Y LUCAS)  The voices are incredible, if  it were manufactured in Houston it would cost 10 times more
MANUEL ESTEPA            Mixtures are faster and easier because every instrument is so well defined.
ANDRUS ARBA                I do not leave home without the “Betterizer”
ALBERTO LYRA              (BISBAL) I was preparing the mixture for the next show and listening to it was spectacular but it was on the show today, when I realized the potential of the device, instruments are defined so well and the mixture was so clear that it was a pleasure to mix, everything was in place and the sound has improved beyond belief, my most sincere congratulations. A phrase that I identified with what I felt mixing with DREi  "Thanks to the greatness of DREi engineering this art will be even more outstanding"
JAVIER RONDAN             I tried it in the studio and the result was spectacular. Suddenly it seems that all the instruments become more defined. The mix planes were more defined. The basses gain clarity, the voices seperate from the guitars, etc … I did the following tests:
- I shot a 1kHz tone and analyzed it with an oscilloscope and a spectrum analyzer. On activating the de-intermodulator it did not add harmonics, the VU level is the same, it does not change the phase of the signal but the sense of volume and the perfomance of the speakers is greater.
- I used pink noise and when activated it did not change anything in the spectrum analyzer.
﻿
Publicado martes, abril 01, 2014 No hay comentarios: